This deck very appeals to me, because it combines a lot of what I like about modern visual art. Moreover, the White Numen deck contains an original conception and philosophy.

One can't express in words the beauty of the deck - you should just see it. These cards were created by the talented young artist Alba Ballesta González. She is known on social media as AlbaBG, you can find her on Instagram and YouTube. 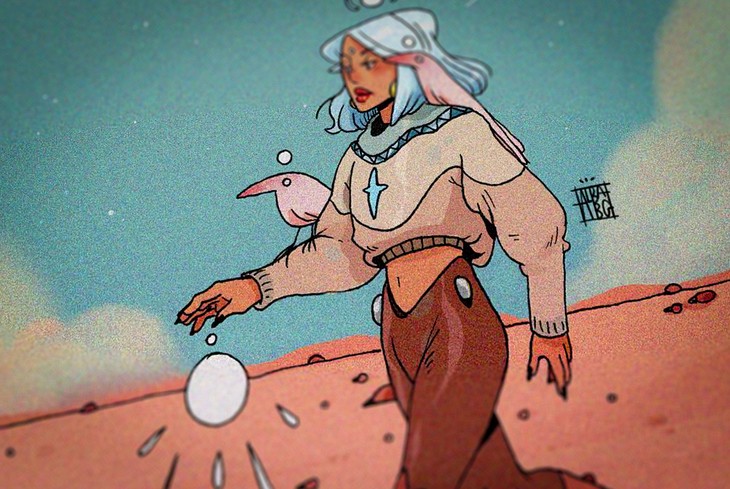 Her vivid painterly style is recognizable, distinctive and modern: here are smooth clear lines, delightful color shades, characteristic facial features, and the shape of the characters' eyes. But in her drawings, one can see the great influence of other famous artists and illustrators, and Alba herself does not hide that.

One of these influencers is Jean Giraud Moebius. He was one of the most talented French comic book authors (in France and Belgium, comics are different from American ones and are called bande dessinée). Moebius started out as a writer of drawn stories in the western genre, but his talent was largely revealed when creating fantastic graphic novels. He created a whole world with bizarre characters, vivid images and distinctive graphic style. 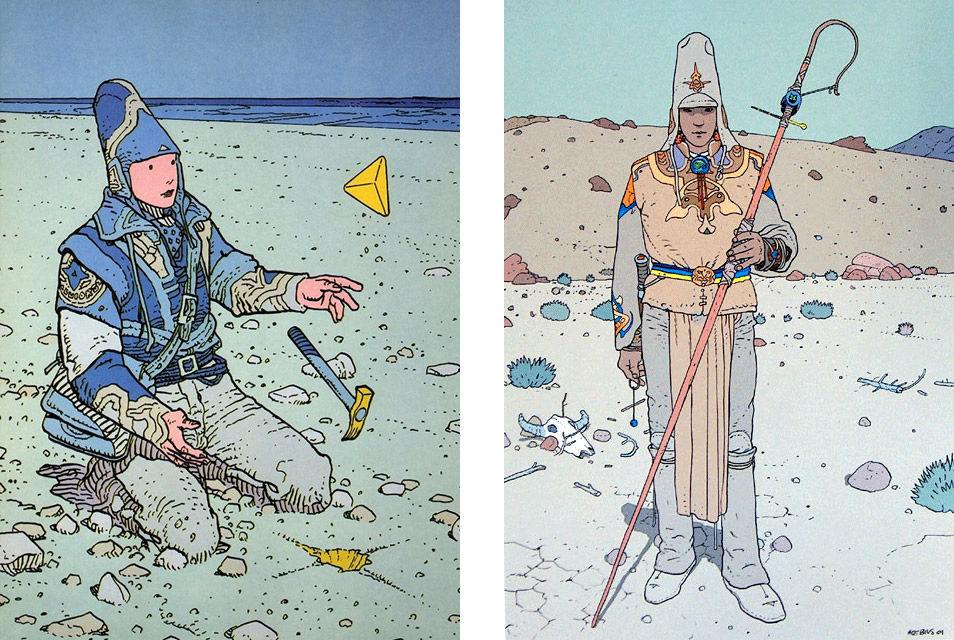 Also, the AlbaBG drawing is influenced by the Japanese animator Hayao Miyazaki. This is manifested not so much in the visual style as in the characters and the general atmosphere of unity with nature, which is an important element of Miyazaki's work. 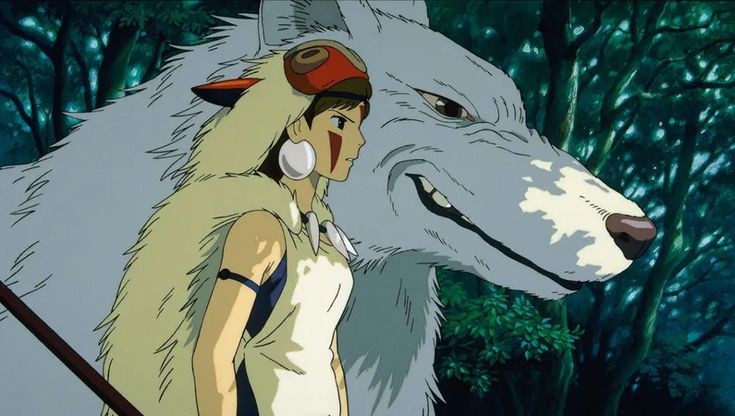 In addition to its vivid pictorial form, the White Numen Tarot deck carries an interesting philosophical idea. Alba took the work of the Spanish philosopher Gustavo Bueno as the basis for this concept. He studied the history of the manifestation of religious feelings among ancient people of the Paleolithic era and the connection of these feelings with attitudes towards animals.

At that time, certain animals were perceived by people as personal beings with a will and mind, having supernatural properties. These creatures could communicate with people, appear or disappear in unexpected situations. They could be friendly or dangerous to humans, could help or harm, warn or frighten.

Bueno has reconstructed the evolution of these mutual relations. He used the term Númenes - these are entities that are different from people, possessing will, reason, desires. With the development of religion, it could be not only ancient animals but also other supernatural beings - prototypes of modern gods, demons or angels. And outwardly, they could have the features of both an animal and a person. As an example: the Egyptian gods are half-humans, half-animals.

In the next stages of religious development, these divine beings became like people. But the connection with the images of sacred animals still remained. 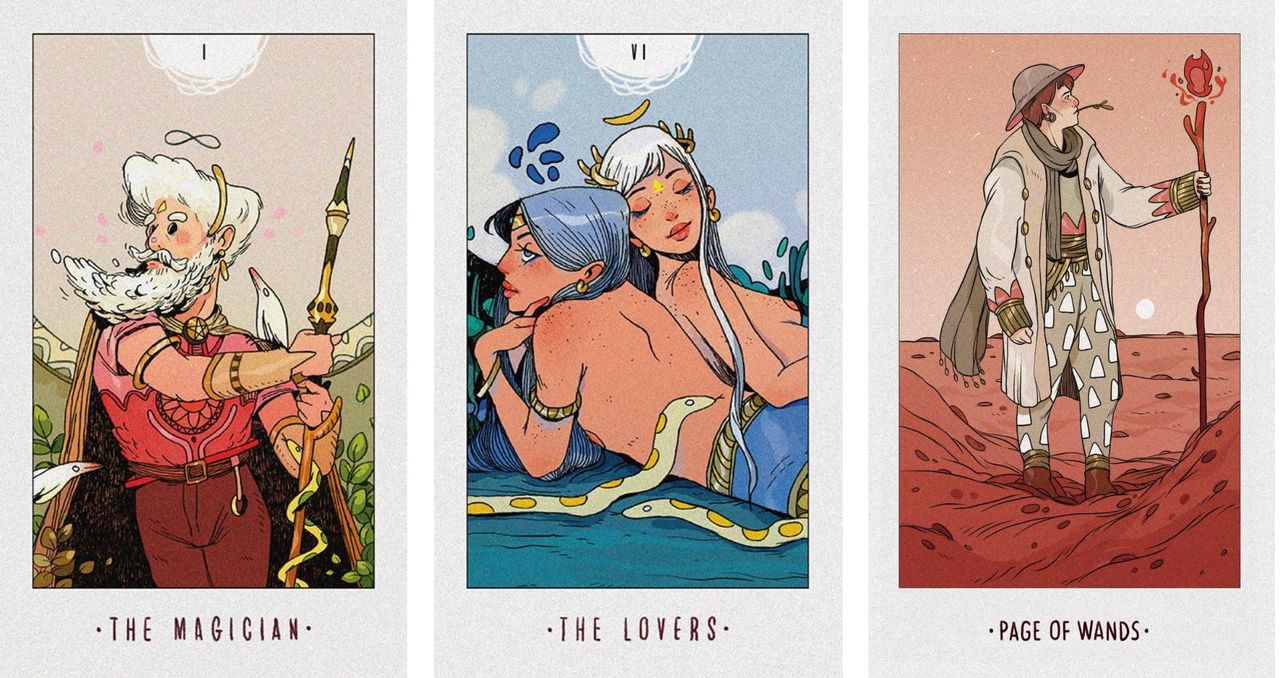 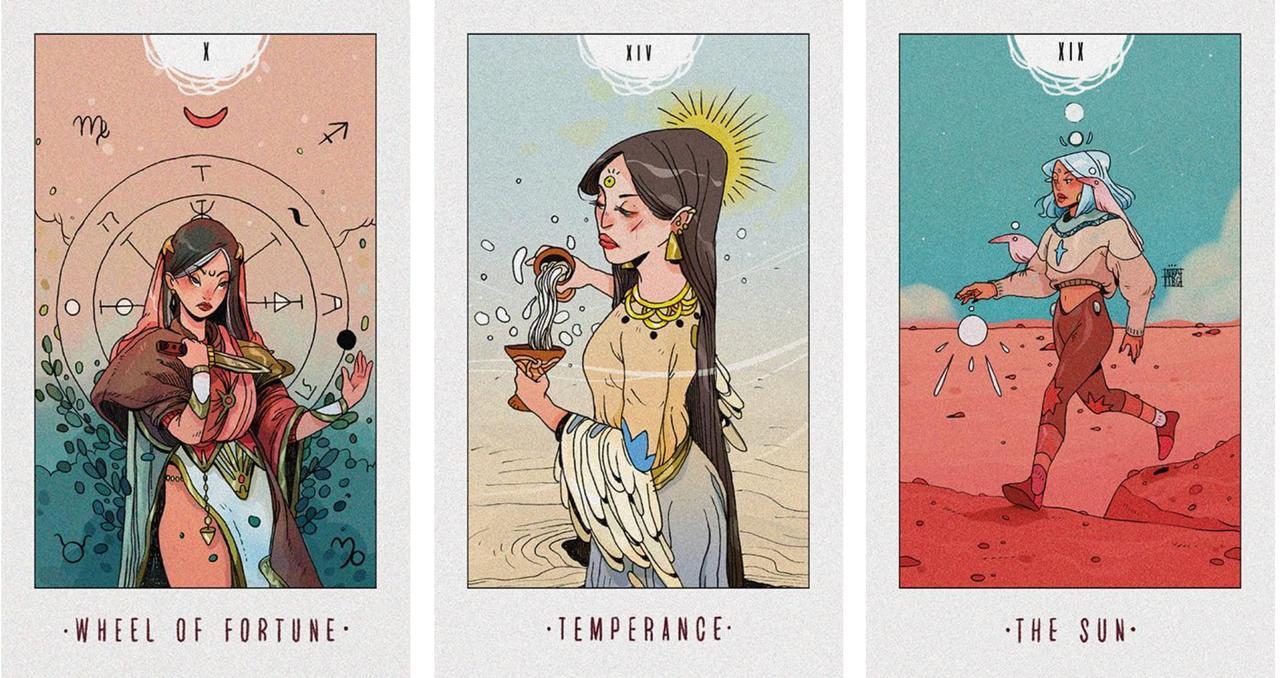 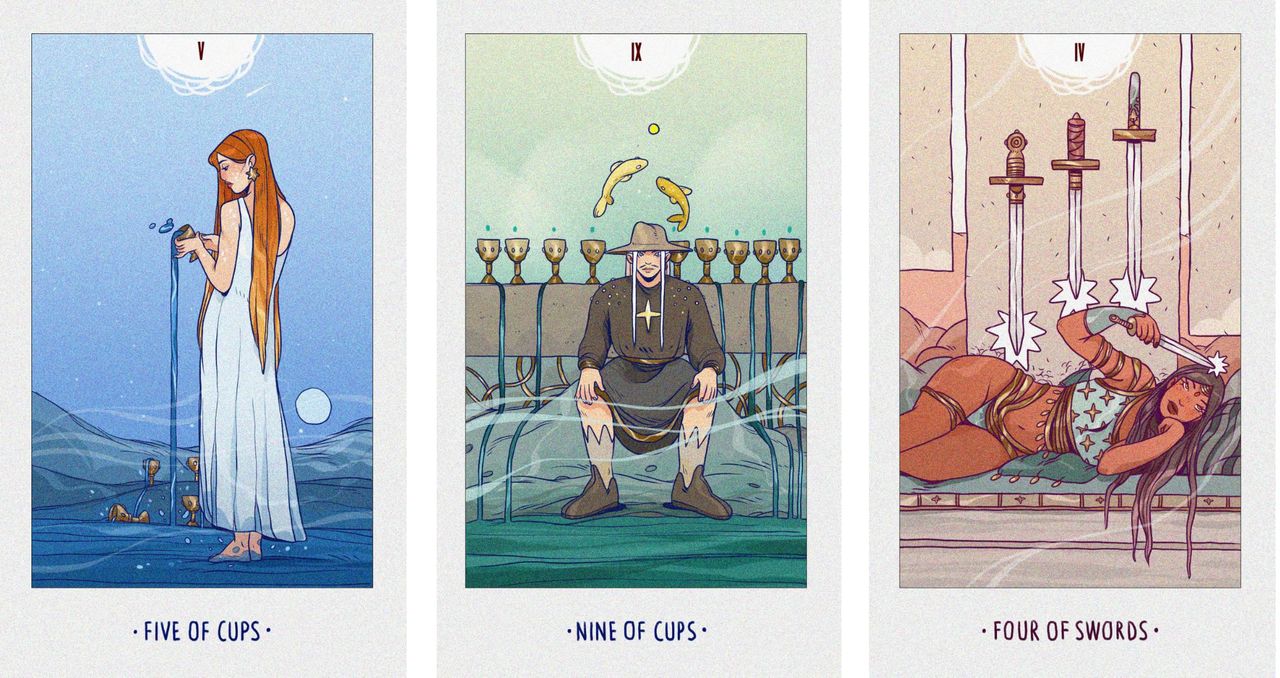 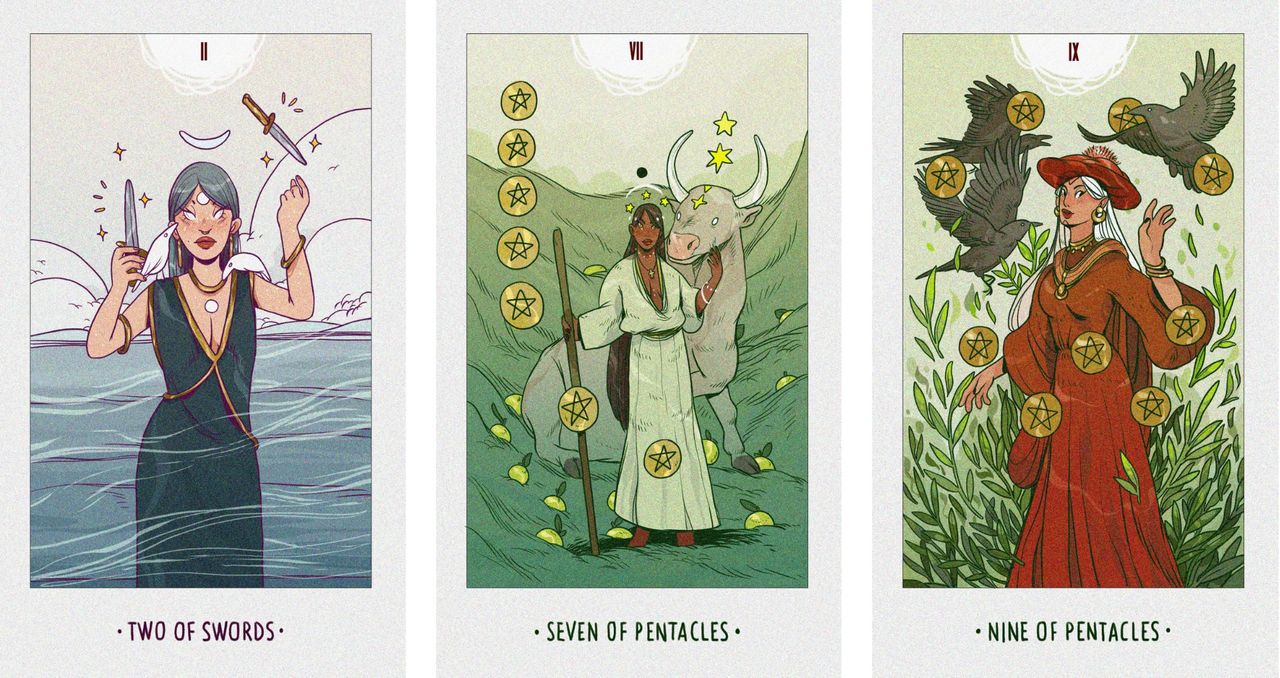 This deck takes us back to the origins of religious feelings, to the image of Numen - a mysterious powerful animal that coexists with humans.

And this is very important for our time. We have lost touch with nature, the animal world and the laws of our ancestors. So, in order to preserve this world and survive, humanity needs to restore these bonds. 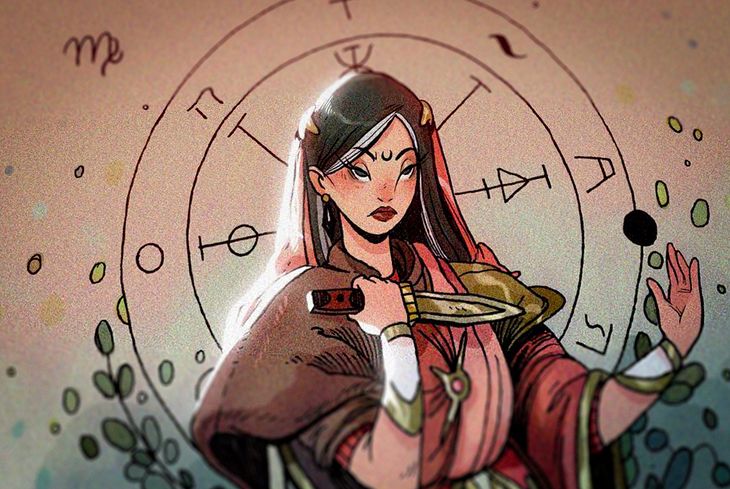 All cards of the Major and Minor Arcana are detailed and contain vivid memorable images. These are very personal and emotional images, they arouse my aesthetic admiration. Some cards are close to the RWS symbolism, but many look peculiar. Included with the deck is an instruction guide that explains the features and meaning of each card. 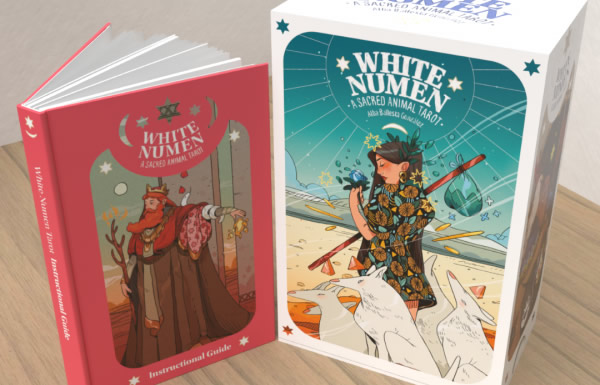 The White Numen: A Sacred Animal Tarot deck is being published by Liminal 11. They are a great creative team producing illustrated books and tarot decks by young talented authors. You probably understand who I’m talking about since they’ve published the popular Modern Witch Tarot deck.

The release date for the White Numen deck is April 2021. The deck is available on Amazon.

Also, recommend for you: 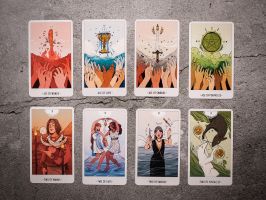 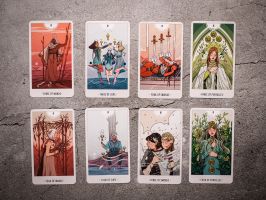 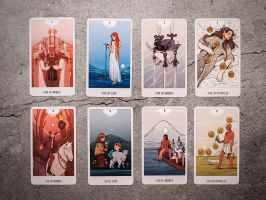 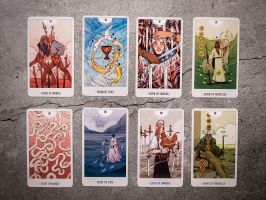 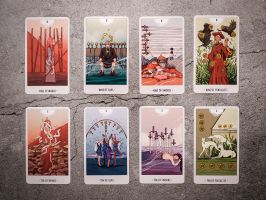 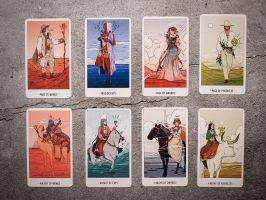 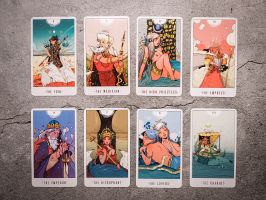 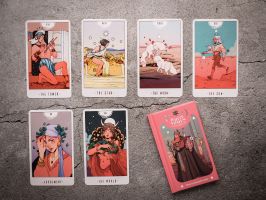 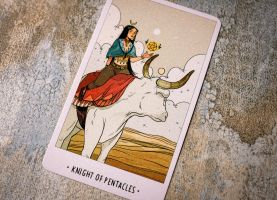 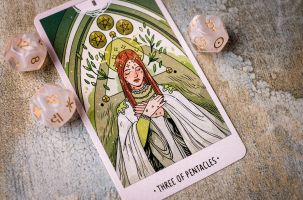 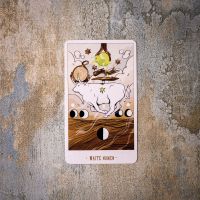 What do you think about White Numen: A Sacred Animal Tarot? 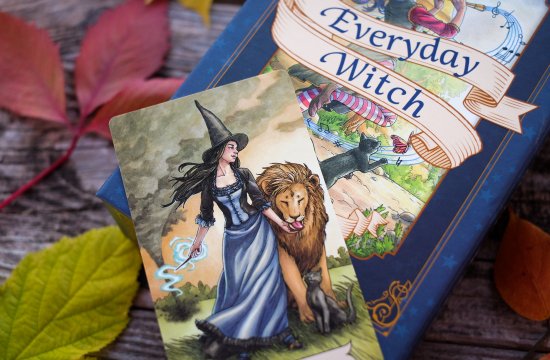 The Everyday Witch Tarot deck is filled with humor and optimism, but it is also a great tool for every Tarot practitioner. Card interpretations are based on the traditional Rider-Waite system. But at the same time, the images are easy to understand, especially for beginners.

END_OF_DOCUMENT_TOKEN_TO_BE_REPLACED 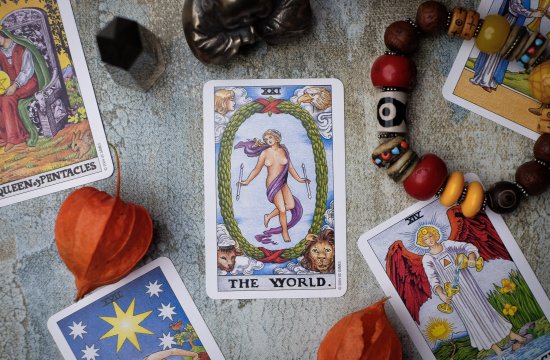