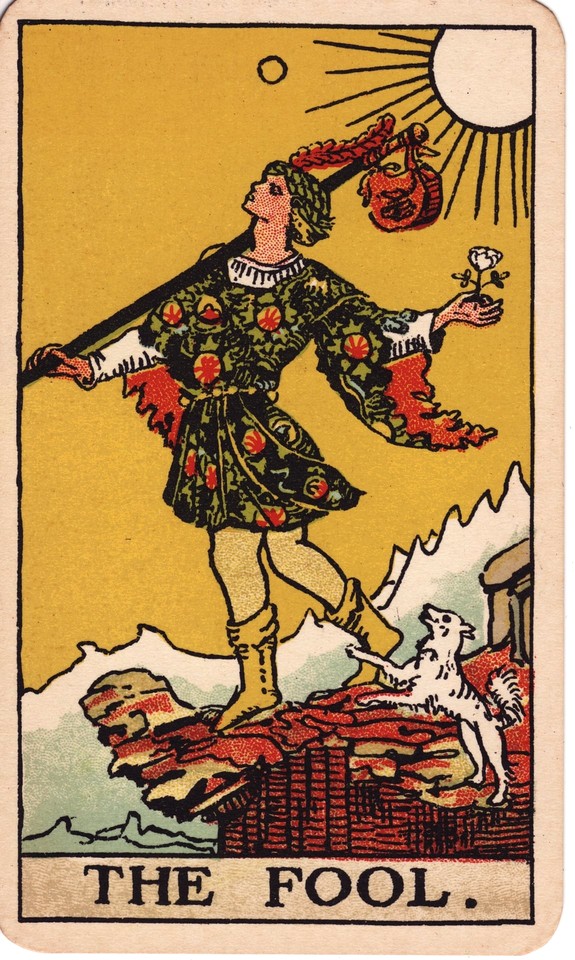 The subject of the reading is a dreamer, a mystic. He has the desire to accomplish a great goal. He must be careful to make the right choice. If he thinks that “when ignorance is bliss, ’tis folly to be wise,” then he is indeed the Fool.

With light step, as if earth and its trammels had little power to restrain him, a young man in gorgeous vestments pauses at the brink of a precipice among the great heights of the world; he surveys the blue distance before him-its expanse of sky rather than the prospect below.

His act of eager walking is still indicated, though he is stationary at the given moment; his dog is still bounding. The edge which opens on the depth has no terror; it is as if angels were waiting to uphold him, if it came about that he leaped from the height. His countenance is full of intelligence and expectant dream.

He has a rose in one hand and in the other a costly wand, from which depends over his right shoulder a wallet curiously embroidered. He is a prince of the other world on his travels through this one-all amidst the morning glory, in the keen air. The sun, which shines behind him, knows whence he came, whither he is going, and how he will return by another path after many days.

He is the spirit in search of experience. Many symbols of the Instituted Mysteries are summarized in this card, which reverses, under high warrants, all the confusions that have preceded it.

In his Manual of Cartomancy, Grand Orient has a curious suggestion of the office of Mystic Fool, as apart of his process in higher divination; but it might call for more than ordinary gifts to put it into operation.

We shall see how the card fares according to the common arts of fortune-telling, and it will be an example, to those who can discern, of the fact, otherwise so evident, that the Trumps Major had no place originally in the arts of psychic gambling, when cards are used as the counters and pretexts. Of the circumstances under which this art arose we know, however, very little.

The conventional explanations say that the Fool signifies the flesh, the sensitive life, and by a peculiar satire its subsidiary name was at one time the alchemist, as depicting folly at the most insensate stage.

And I saw another man.

Tired and lame he dragged himself along the dusty road, across the deserted plain under the scorching rays of the sun. He glanced sidelong with foolish, staring eyes, a half smile, half leer on his face; he knew not where he went, but was absorbed in his chimerical dreams which ran constantly in the same circle. His fool's cap was put on wrong side front, his garments were torn in the back; a wild lynx with glowing eyes sprang upon him from behind a rock and buried her teeth in his flesh. He stumbled, nearly fell, but continued to drag himself along, all the time holding on his shoulder a bag containing useless things, which he, in his stupidity, carried wherever he went.

Before him a crevice crossed the road and a deep precipice awaited the foolish wanderer. Then a huge crocodile with open mouth crawled out of the precipice. And I heard the voice say:

I felt my head whirl.

"What has he in the bag?" I inquired, not knowing why I asked. And after a long silence the voice replied: "The four magic symbols, the sceptre, the cup, the sword and the pentacle. The fool always carries them, although he has long since forgotten what they mean. Nevertheless they belong to him, even though he does not know their use. The symbols have not lost their power, they retain it in themselves. 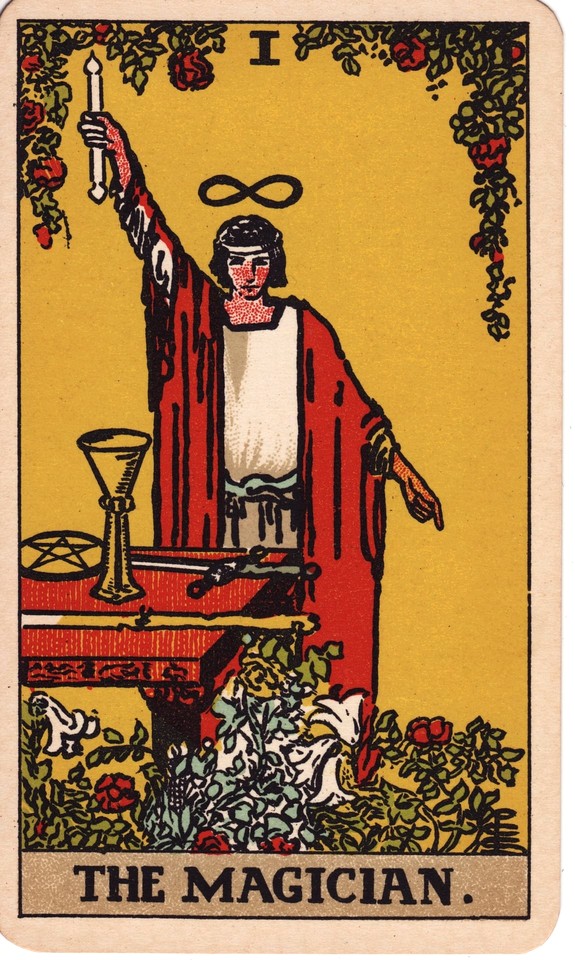 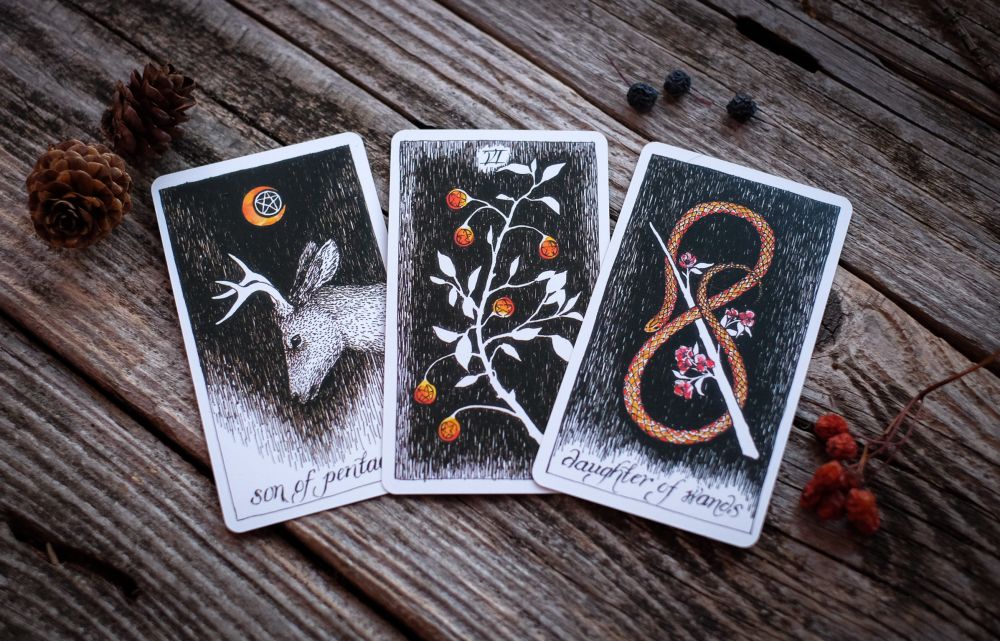